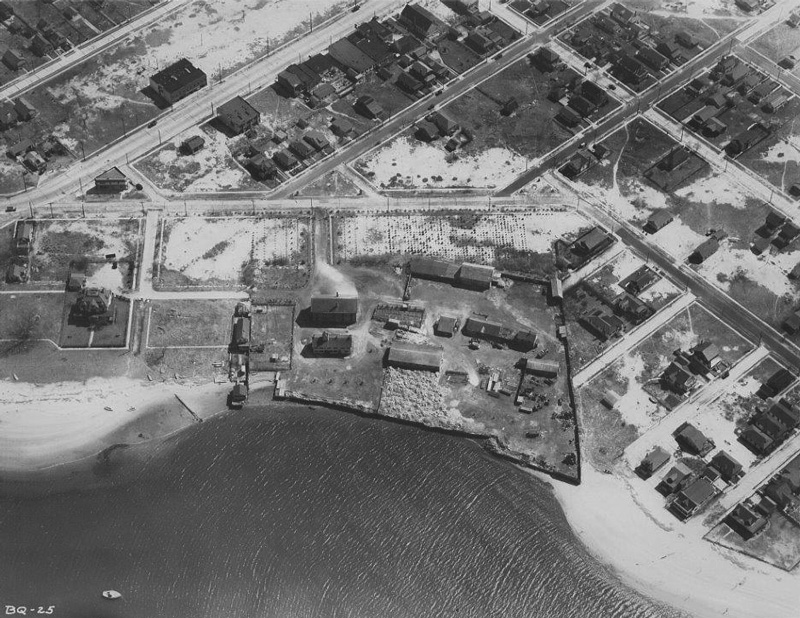 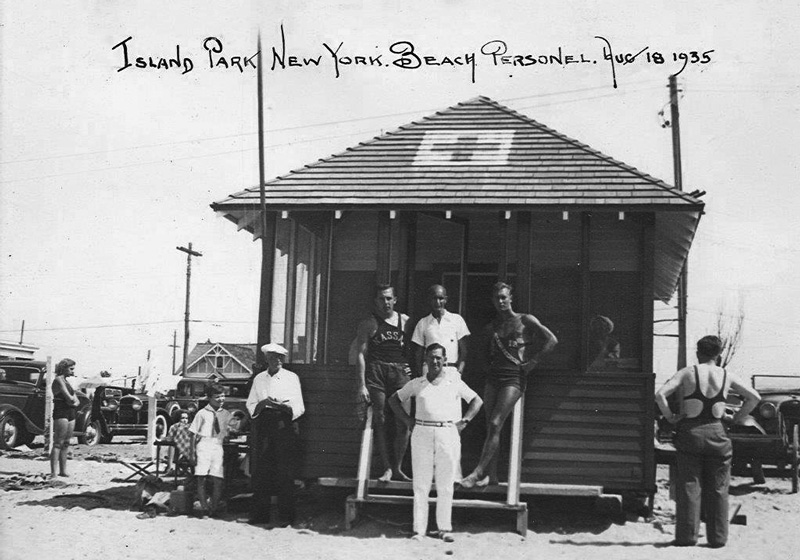 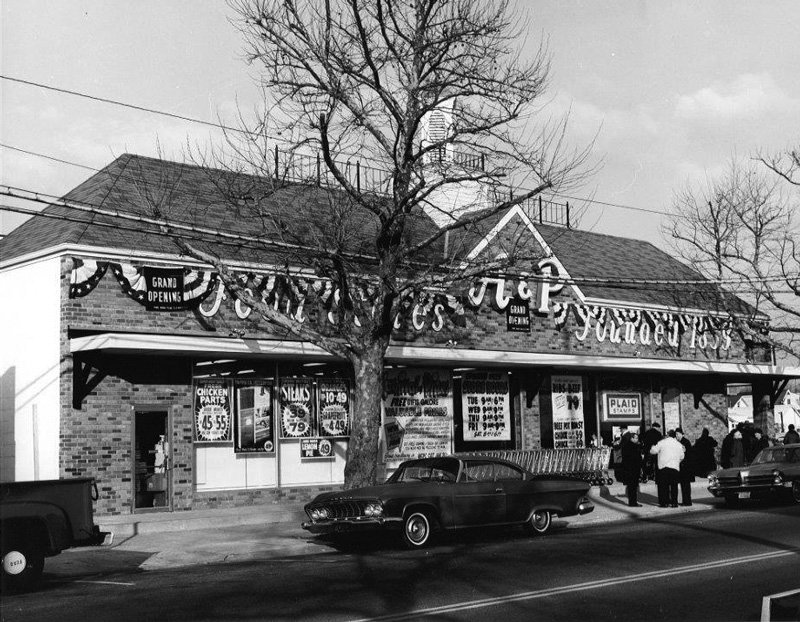 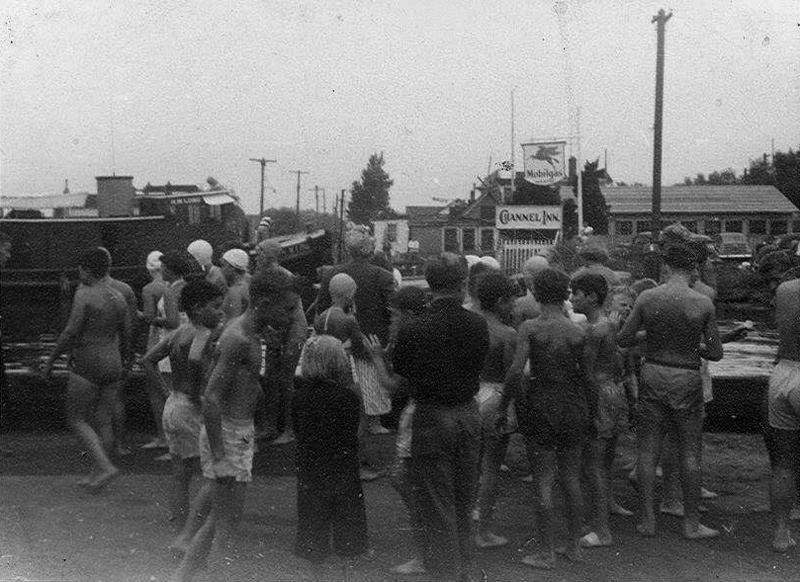 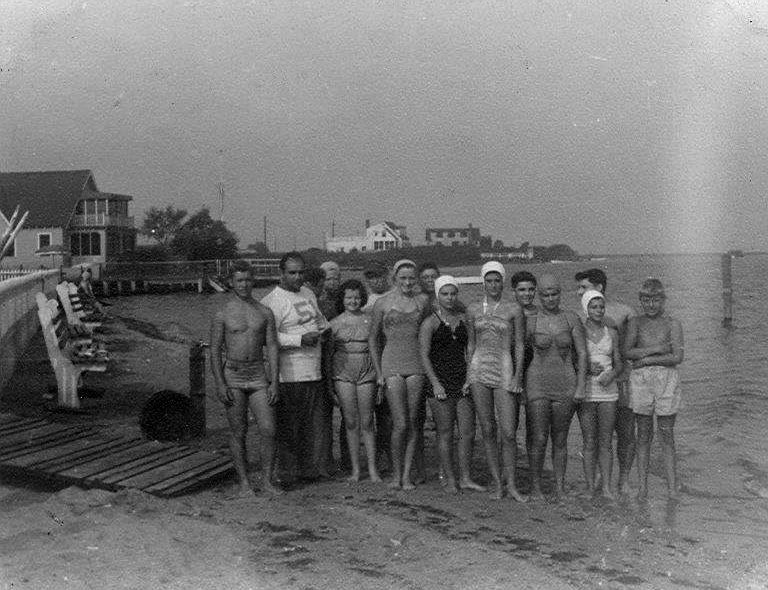 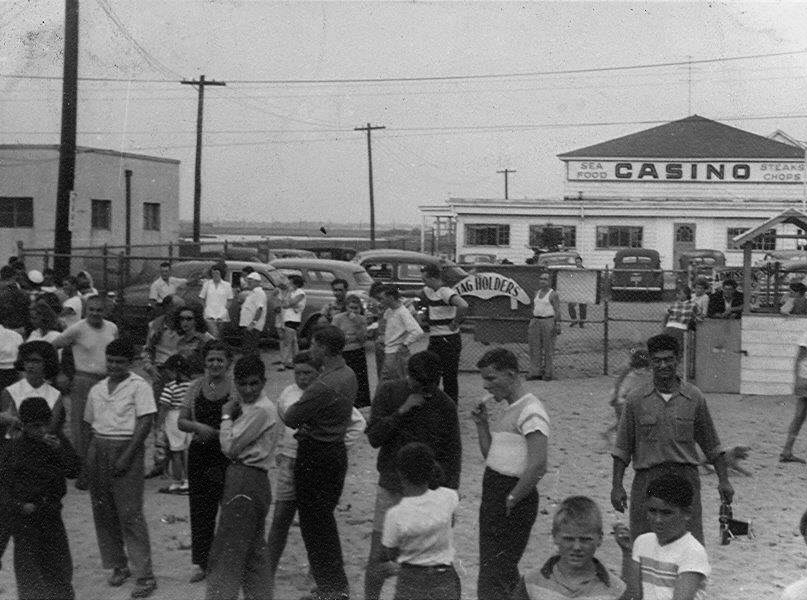 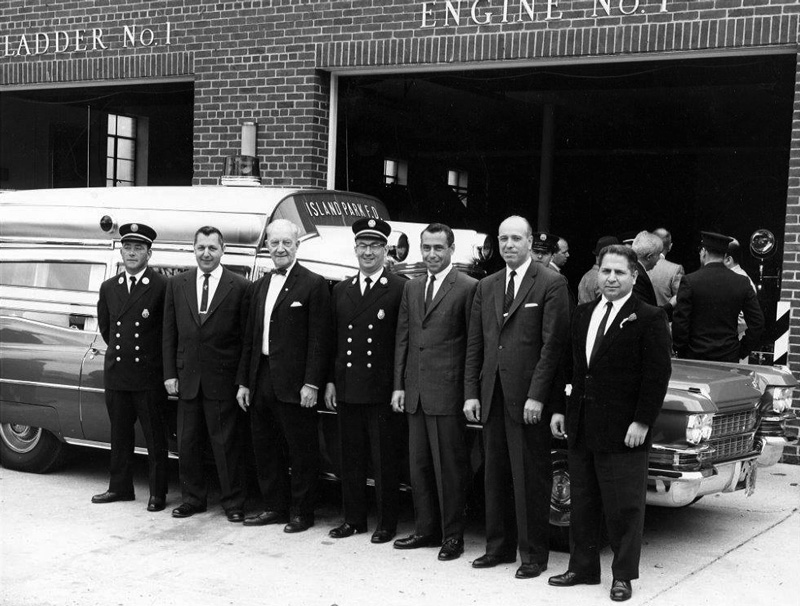 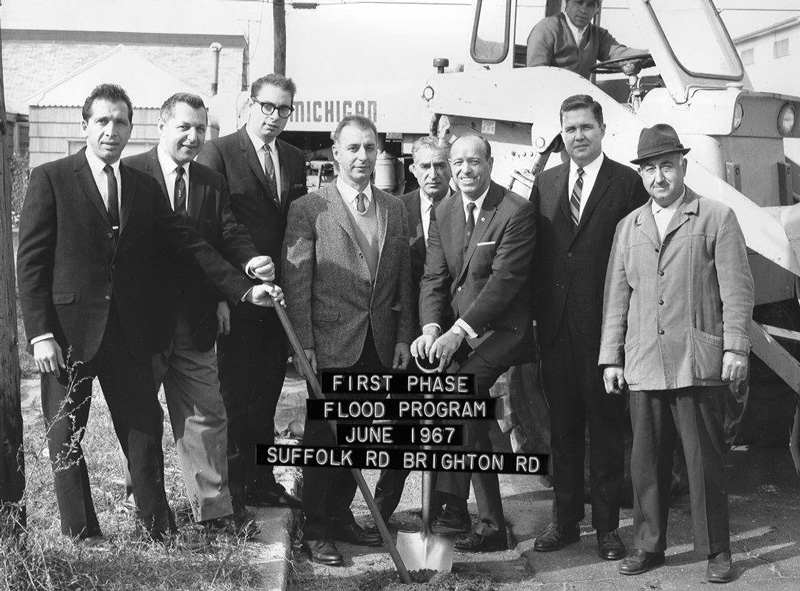 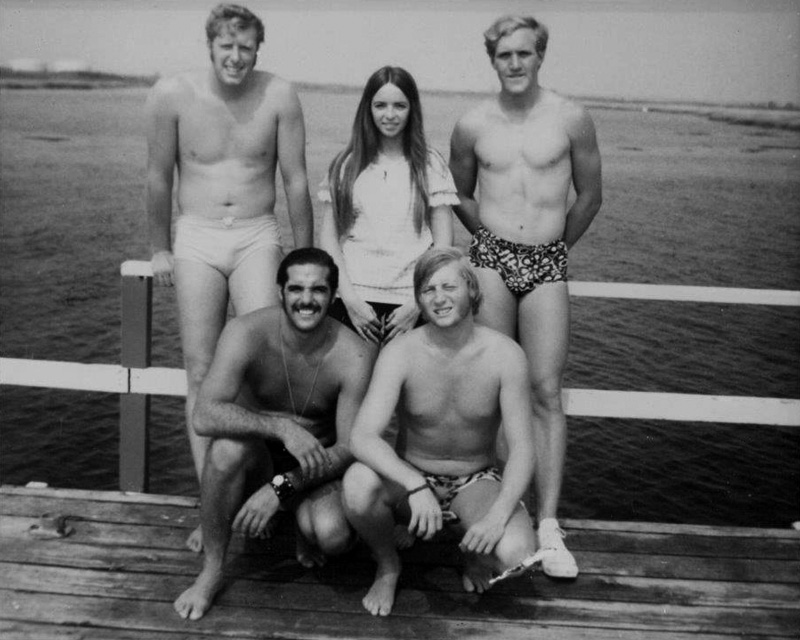 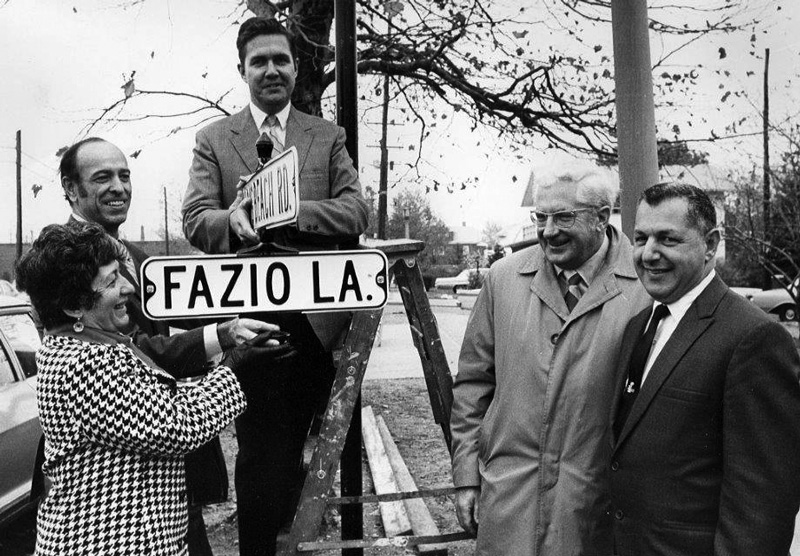 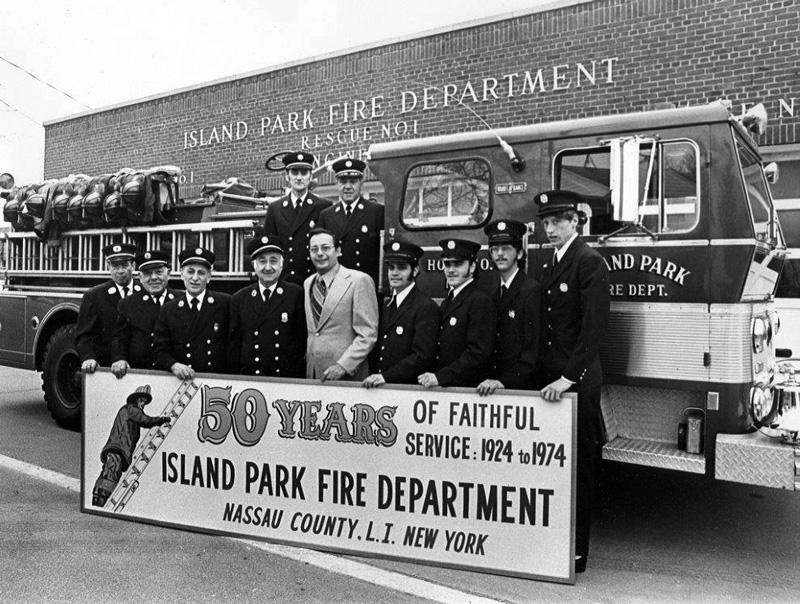 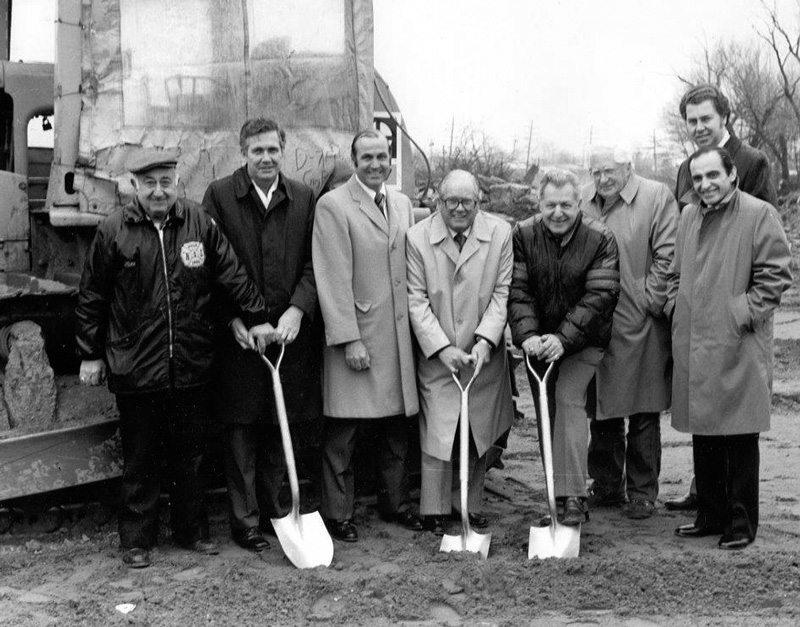 Island Park is a small Island in southern Nassau County located between the mainland and the Island of Long Beach. It has been known as Hog Island, Barnum Island and Jekyll Island. In 1926, Island Park became an incorporated village.

The Island Park community covers a little over one and a half (1.5) square miles. It is divided into three jurisdictions: the Incorporated Village of Island Park to the south, Barnum Island to the east and north, and Harbor Isle to the west. In the early days, the Rockaway Indians used the island to raise pigs and cattle. They also fished and clammed in the surrounding marshlands and waters. Since so many shellfish were available, these Indians produced wampum from the shells.

During the colonial times, the Europeans came to the area, driving the Indians to the east. The English were the first white settlers in the area. They raised hogs in drier areas, and therefore, the island was named Hog Island. The name was used from 1665 through 1874.

When the American Revolution began, Hog Island’s role in history changed abruptly. Patriots on Long Island realized the strategic importance of Hog Island and they posted a guard boat off its coast shortly before the battle of Brooklyn. However, the battle gave Long Island to the British. After the patriots lost Long Island, they made repeated coastal attacks on the Tories camped there. Often these attacks occurred at Hog Island. A fierce battle occurred on July 11, 1780 when the British warship “Galatea” pursued a patriot sloop through Jones Inlet and forced it ashore on Hog Island. The crew of 52 went ashore and then defeated and captured most of them as well as their sloop. At least four times during the war, patriots landed at Hog Island seeking to establish a position from which they could attack the Tories. Each time they failed.

After the war ended the farmers of Hempstead and Oceanside brought their hogs to this island to graze. They also had private clam beds, in the area. There were no roads connecting any of the surrounding island, transportation was by boat only.

In 1870, the Long Island Railroad laid a single track through Island Park to Long Beach. Trains ran only in the summertime and the New York and Long Beach Railroad, as it was known, crossed Reynolds Channel.

Between 1851 and 1870, Peter C. Barnum gained ownership of the southeastern lands of Long Island which were then part of Queens County. In 1874 his widow, Sara Ann, purchased Hog Island and sold it to the county for $13,000. The property became the site of the county’s poor farm (Miele’s Camp) and also a smallpox hospital. It was at this time that Hog Island was renamed Barnum Island in her honor.

The Myth of PT Barnum

Local residents have their own folklore of how Barnum Island developed. The following is one version recorded in the Historical Review of Island Park 50th Anniversary 1926 – 1976.

“Phineas T. Barnum became interested in the locale as a winter home for his circus and he bought the island in 1889. He build a home here for his frail sister, Phoebe, about 1893 before removing his circus to wintering quarters in Bridgeport, Connecticut. Phoebe Barnum lived in the building for a few years before deeding it to Queens County for use as an “Alms House”.

This story is pure fiction but, one enjoyed by local residents. P.T. Barnum died in 1891 and never had a sister named Phoebe Ann.

The Development of Island Park

In 1910, Frank Lawson, a developer, and William Austin had a vision: to develop Barnum Island as the “Venice of the United States”. They planned to have canals running throughout the Island. However, World War I occurred and the plans had to be cancelled.

In 1921, the land was purchased by Island Park-Long Beach Corporation and Barnum Island was renamed Island Park. The island was to be a resort center.

The management of this development company was assigned to Edgeworth Smith, a New York realtor. The Island Park-Long Beach Corporation started work by dredging the Island Park Canal and the Island Park Bay to provide soil to fill in the low-lying marshlands. A giant dredge pumped in mud five feet deep. After the mud dried, the island resembled a large, desolate desert.

At the time the company was formed, Island Park was totally undeveloped. The backfilling operation, which took more than a year and at a high cost, left the island a sandy desert. The company planted weeds around the island in an effort to keep the sand in place. During the first year they established an electric light plant and water works in Island Park at the rear of Kildare Road, which supplied the island with electric current from 5 to 11 p.m. and water all day. From then on, Island Park was on the map. Fifteen homes were built along Kildare Road near the railroad tracks.

In 1926, when the village was incorporated, there were fewer than 1,000 property owners. The waters that surrounded the island cooled the air and it became a great summer recreational area. In time, some summer residents decided to become year round residents.

Once the village was incorporated, Charles N. Talbot was the first Mayor and served for 12 years. The office building used by the former builders and developers was converted to a village hall and a post office.

The village continued to develop with some summer bungalows and homes built in the 1920’s. Long Beach Road, near the railroad station, developed into a small business area. A volunteer fire department, a small school, and a site for religious observations were erected in the area. However, because Island Park was developed as a recreational area, the beach, boating, and fishing and other water activities were of great importance to people who purchased property. Many people had their main homes in other areas and used their homes in Island Park mainly for vacationing during the summer.

Today, the Village of Island Park is a thriving community, boasting some 4,800 village residents and another 5,000 residents living in the unincorporated areas of Harbor Isle and Barnum Isle. Many of the summer bungalows have been replaced by larger, year round homes and the village’s numerous waterfront properties are among the most desired in Nassau County.

During recent years, the village completed the downtown area under Operation Downtown grants from Nassau County by installing new brick sidewalks, shrubbery and lighting among many other improvements that took place over the years.

Get notified by our local emergency response team in the event of emergency situations or critical community alerts, such as: extreme weather events, evacuation notices, boil water notices, and missing child reports.